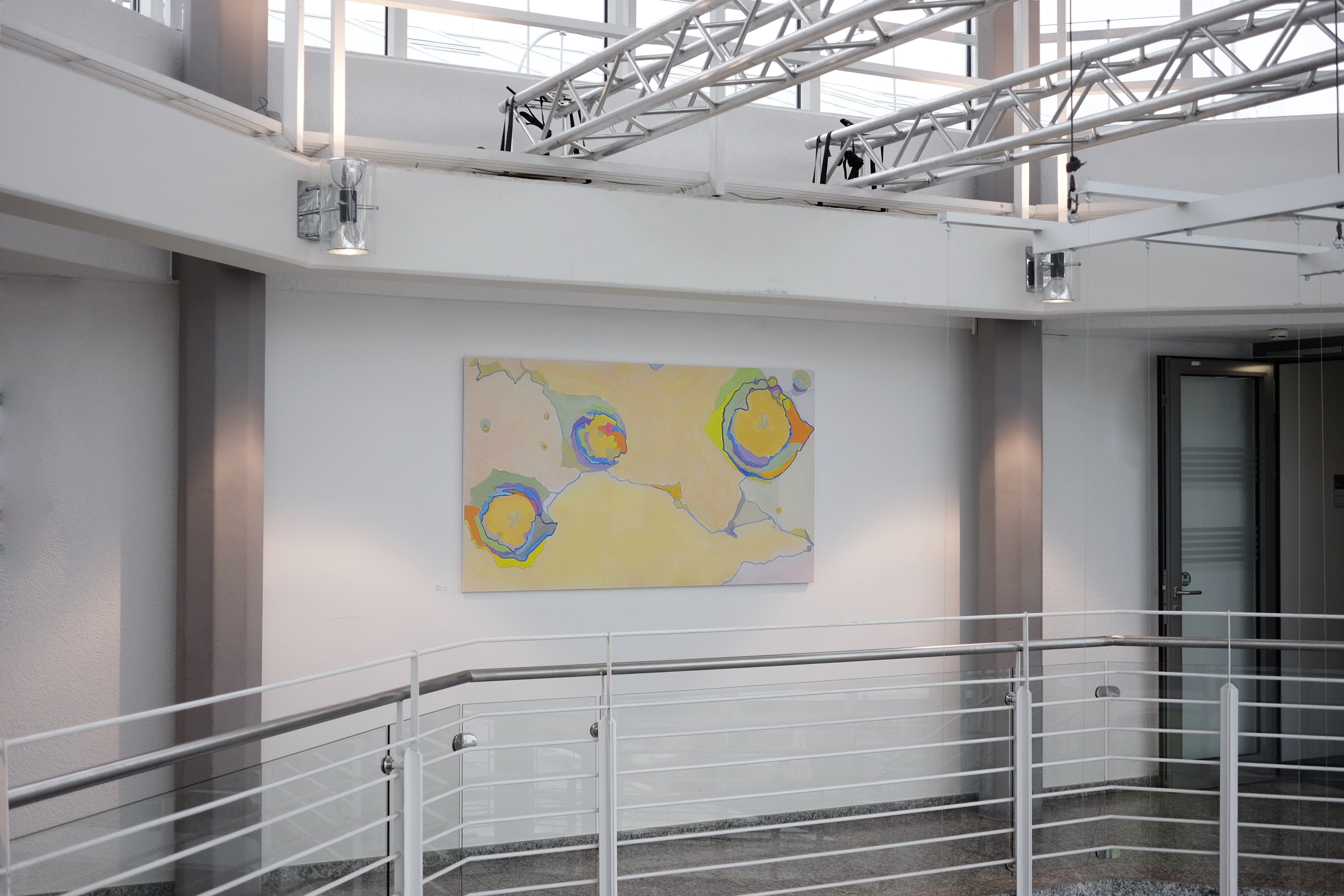 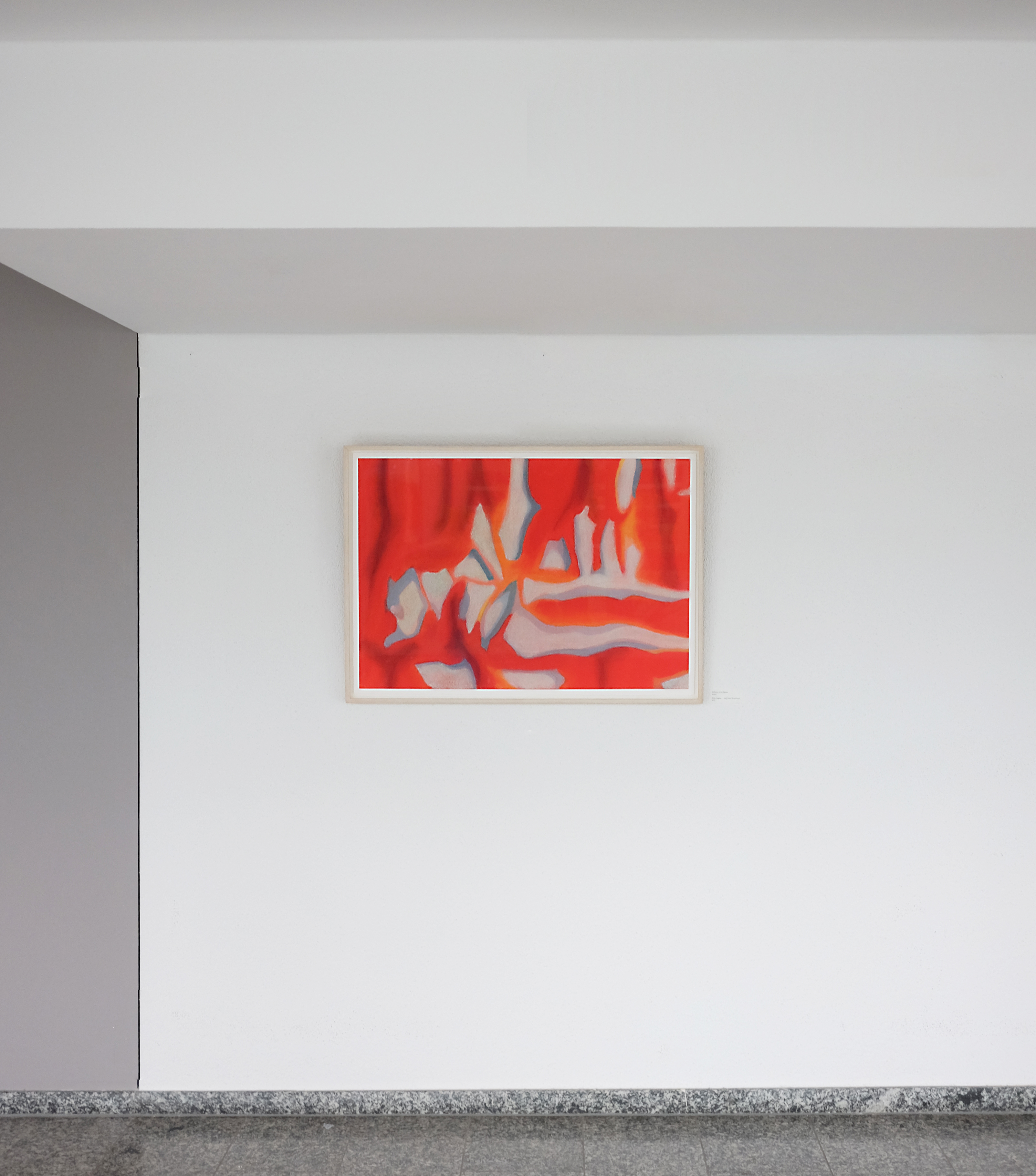 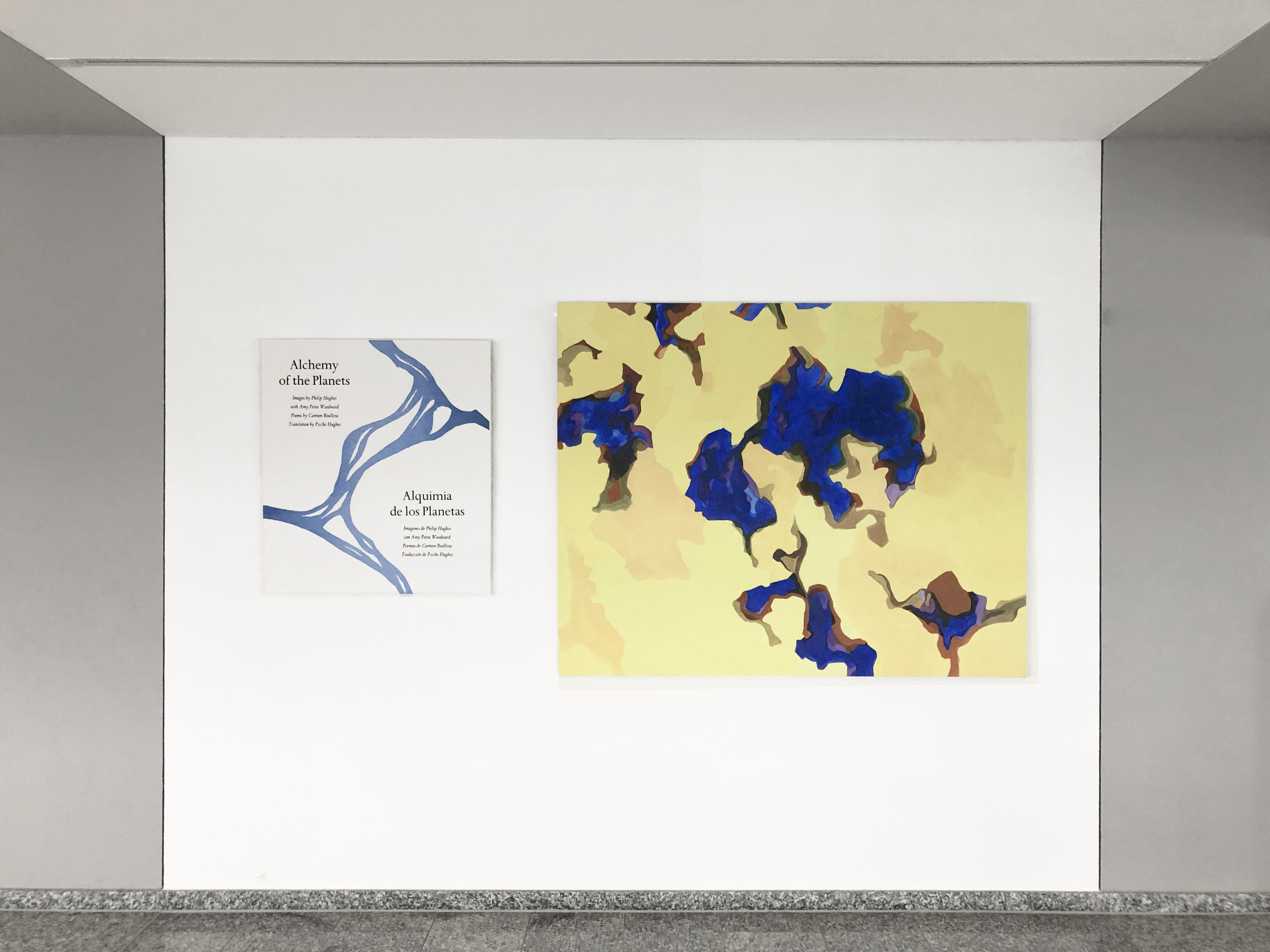 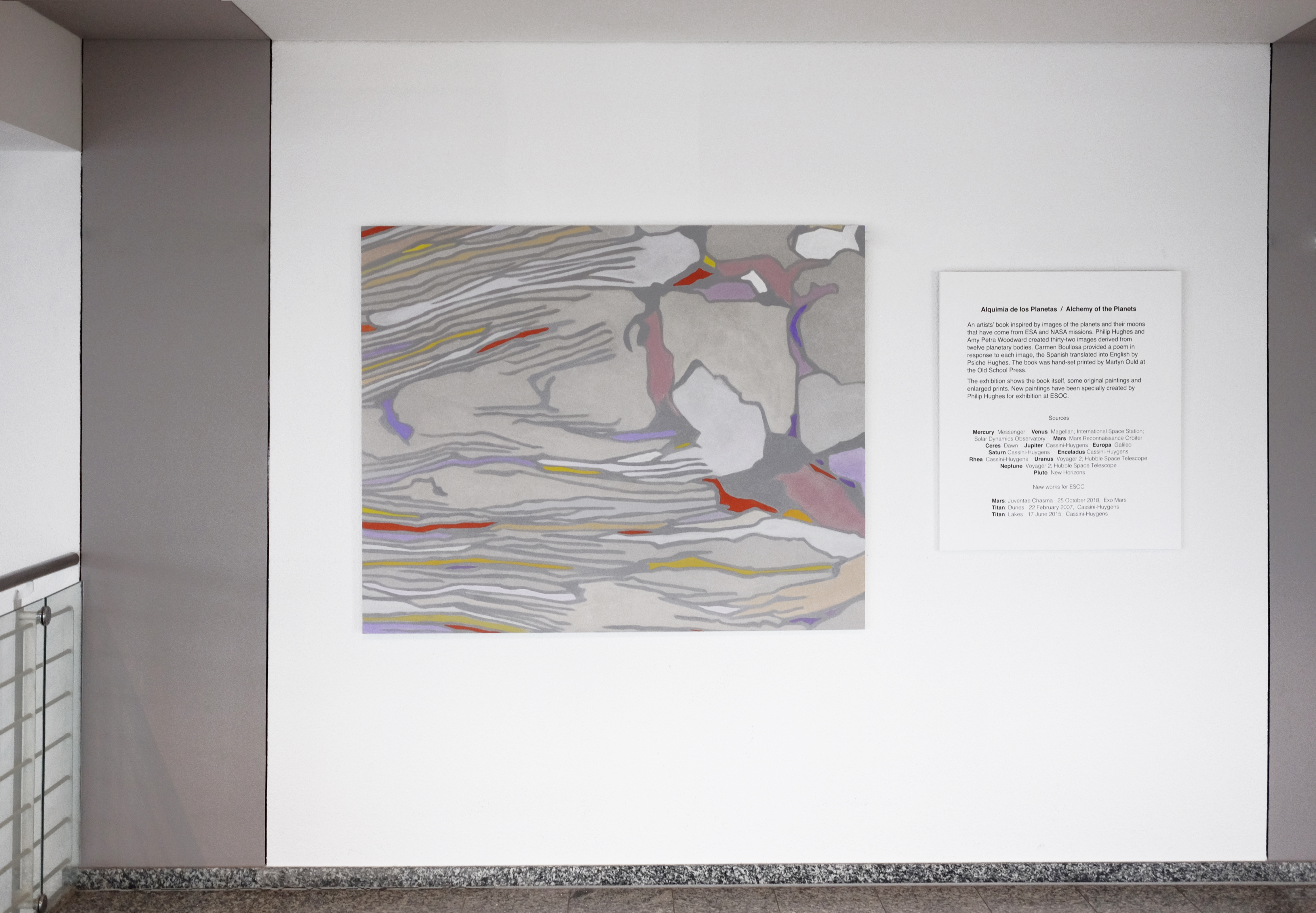 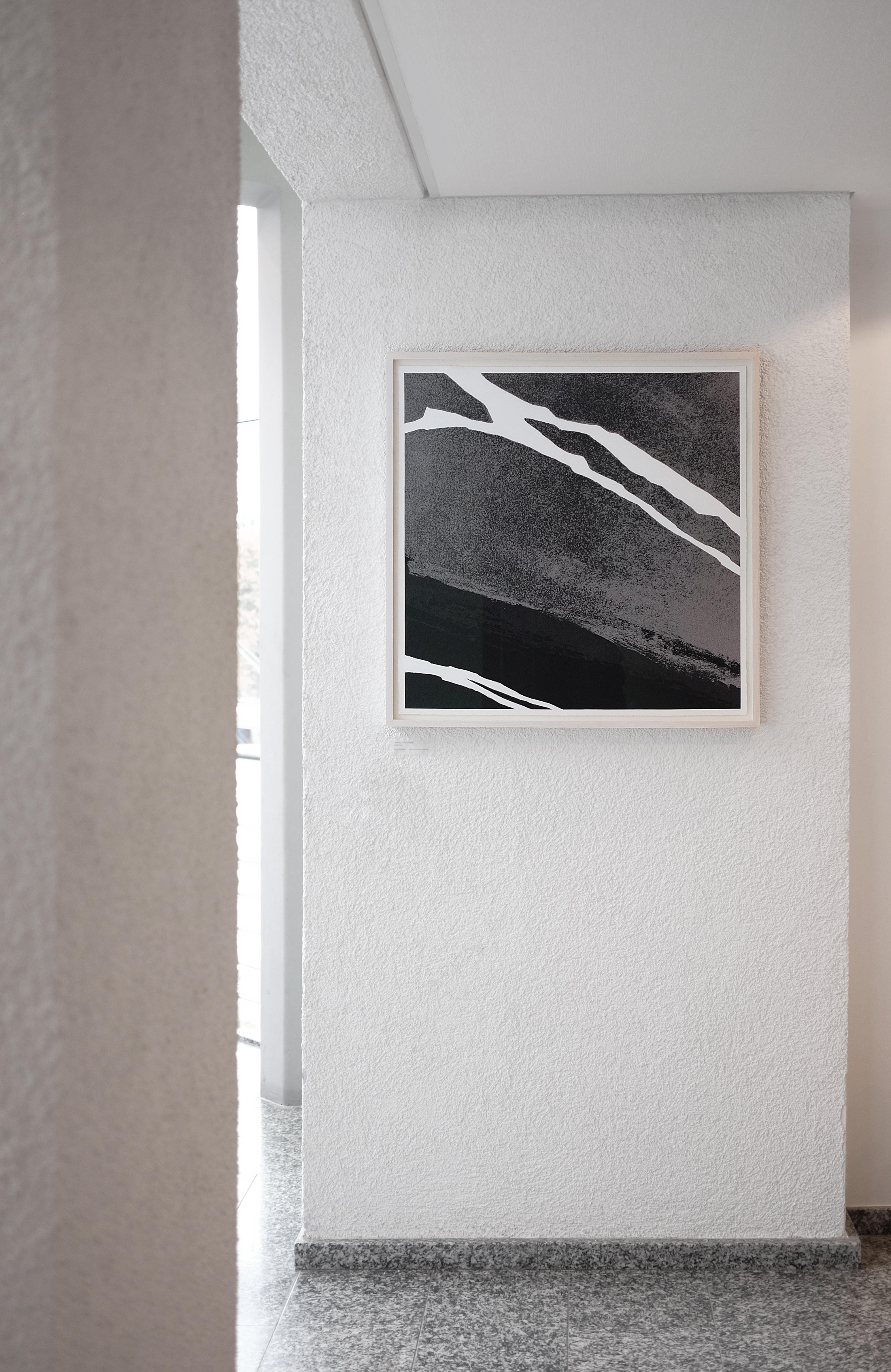 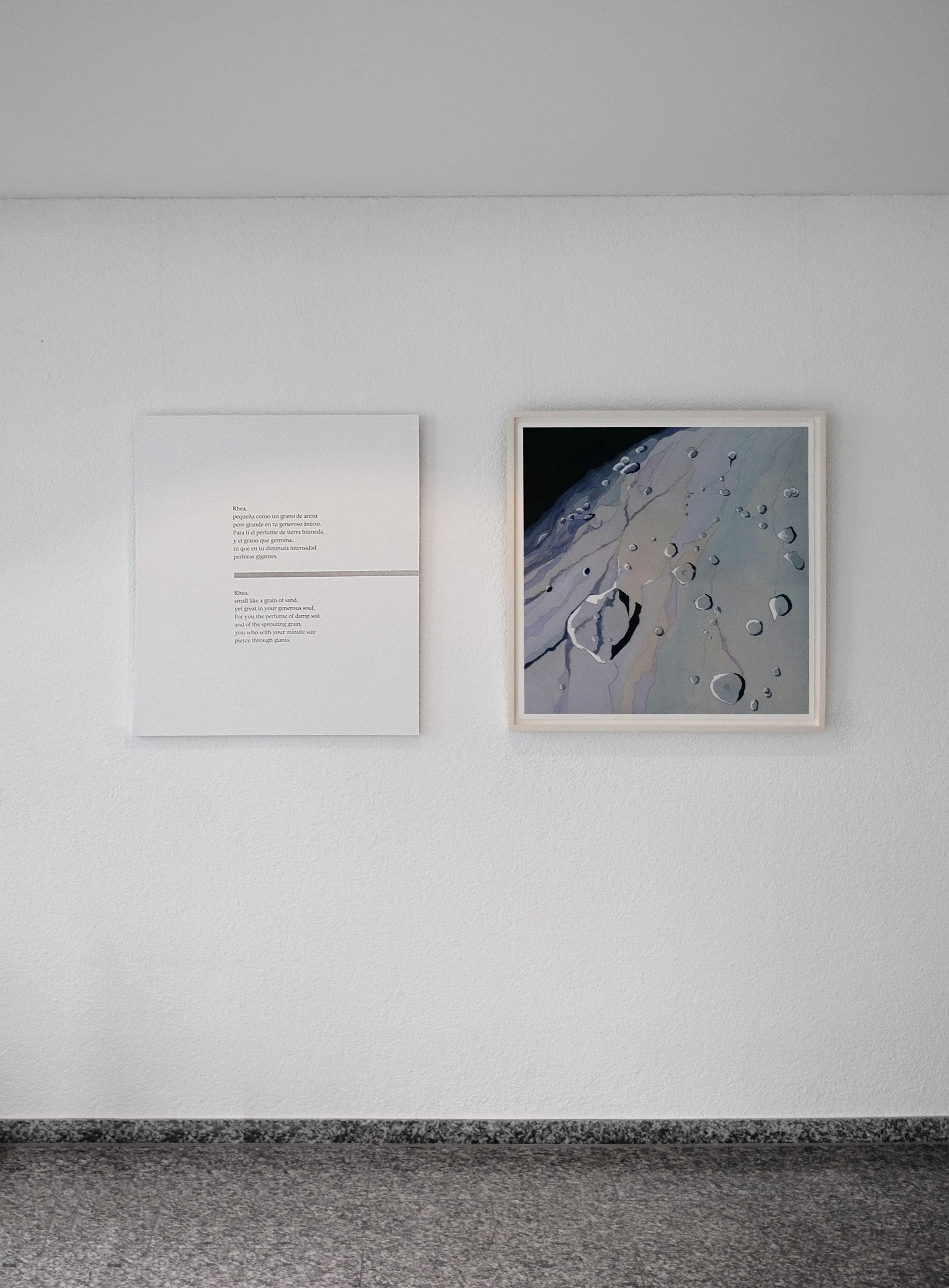 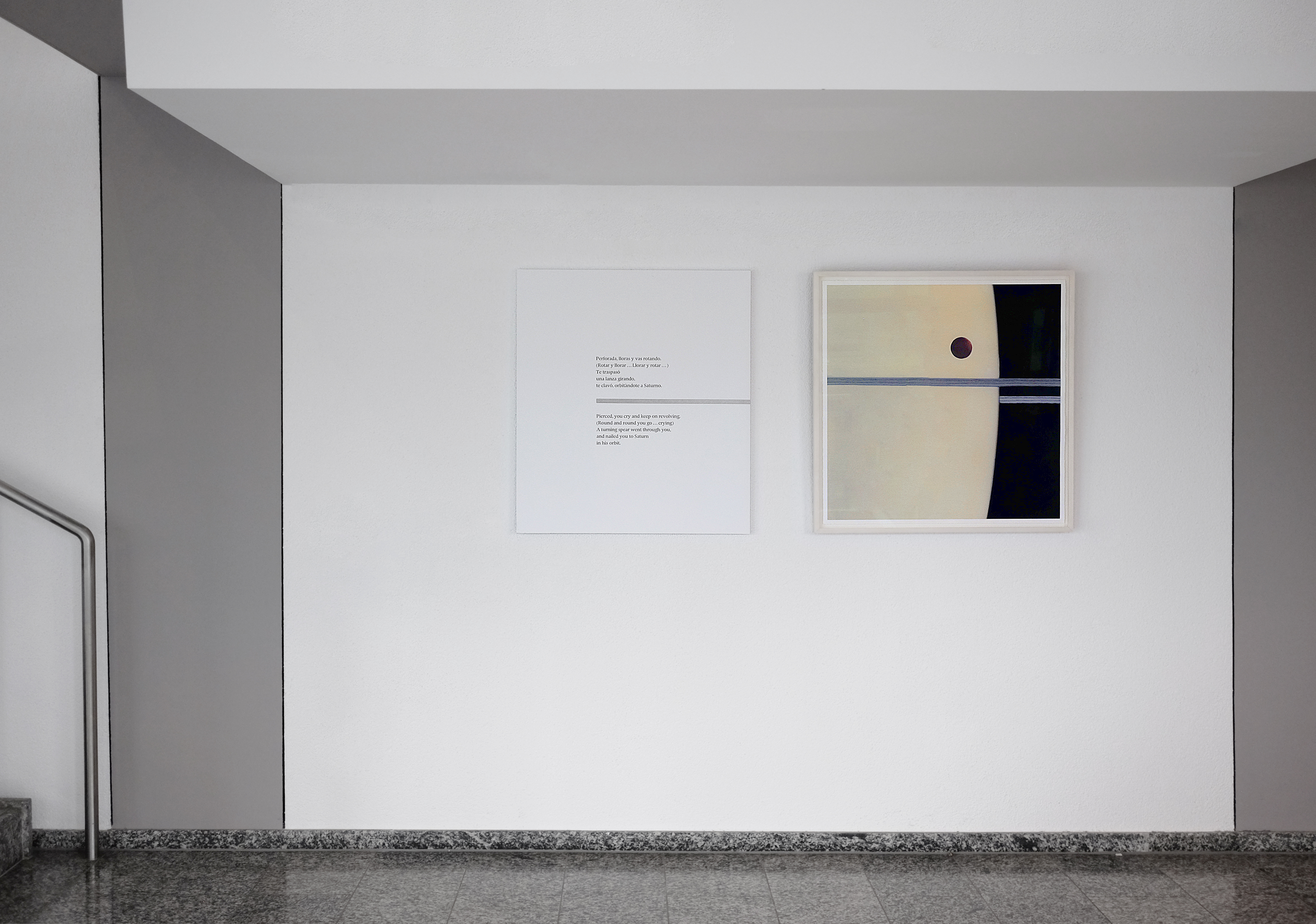 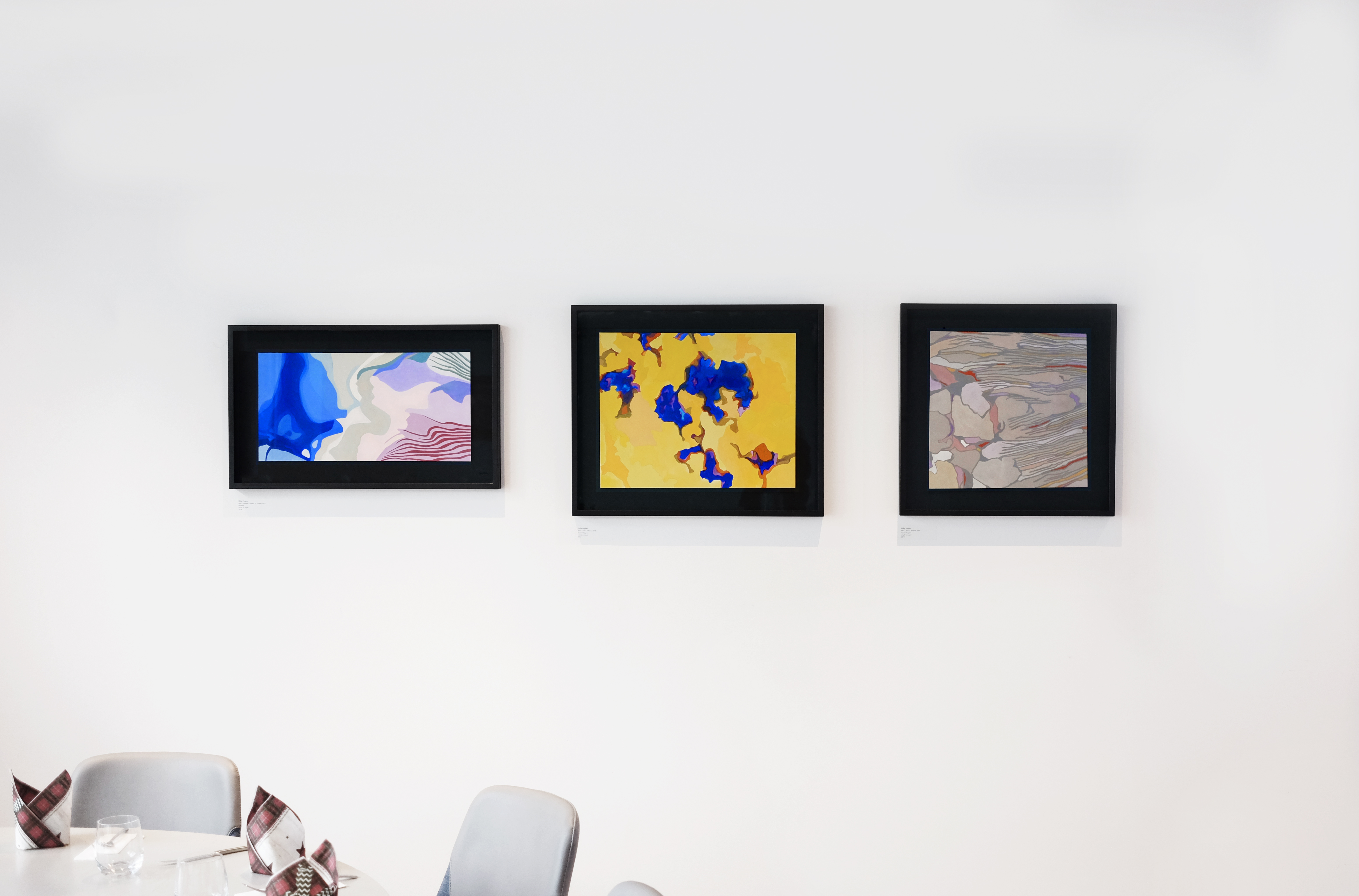 Alquimia de los Planetas, Alchemy of the Planets is an artistsʼ book inspired by images of the planets and their moons that have come from ESA and NASA missions. Images were made by Philip Hughes and Amy Petra Woodward, poems have been written in Spanish by the Mexican poet Carmen Boullosa and translated into English by Psiche Hughes. The book was hand-set printed by Martyn Ould at the Old School Press.  Images created for the book come from the wealth of images from recent missions to planets and moons within our solar system. These include the New Horizons mission, which in 2015 gave us our very first close-ups of Pluto, and in 2016 the Mars Reconnaissance Orbiter, the Cassini-Huygens mission to Saturn, and the probe Dawn to the dwarf planet Ceres between the orbits of Mars and Jupiter.